Free shipping on all orders over $100

Creating New Neuropaths in the Brain

Scientists dressed in lab coats, in a lab far far away, smarter than both you and me have brought to light research that the psychoactive ingredient in shrooms can actually change the way the brain works.

Researchers compared the brains of people who had received injections of psilocybin with those given a placebo. They found that the drug directly changed how information was carried across the brain. Direct your attention below: 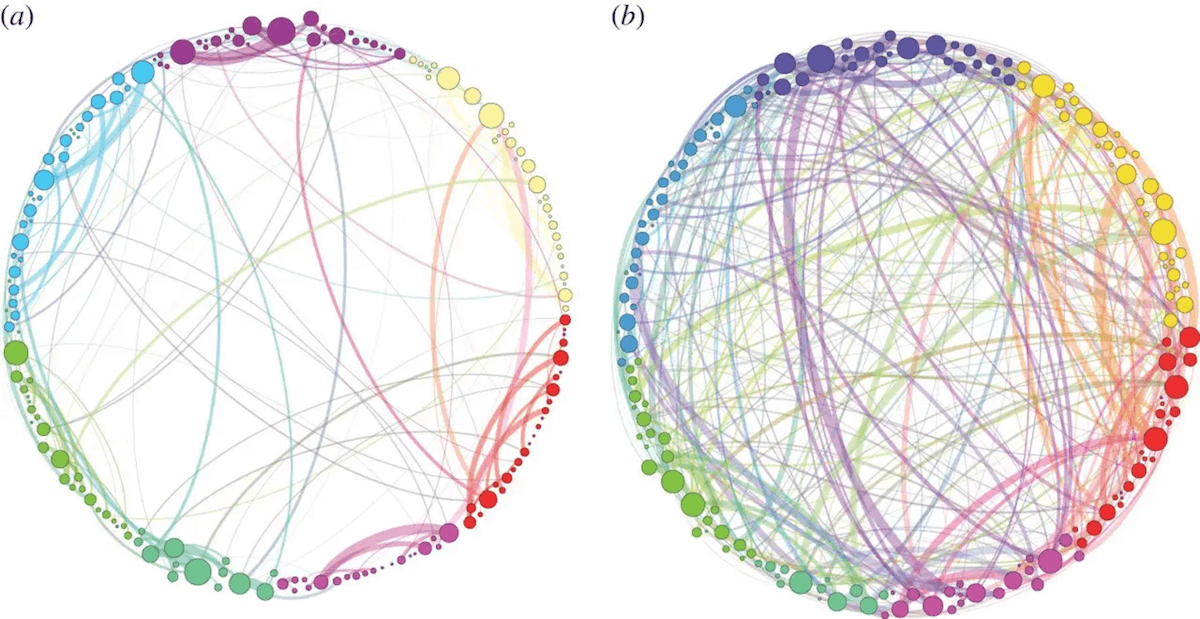 Imagine the information in your brain being shared through a network of highways busier than LA rush hour. Shift your attention back to the graphic above. Psilocybin isn't removing these highways, it’s building new and better ones.

With these new information highways, parts of the brain that weren't able to talk to one another are now able to communicate.

I know it sounds crazy, but focus, clarity, and mental health all come together when you reduce traffic that's polluting your brain.

Same here, sometimes i feel sleepy after an hour or so.

Anyone know if it will still work if you go to sleep after taking it? Only because I take thr lowest dose and I start falling asleep

Very interesting and so true!

What a perfect way to explain why Microdosing is actually so good for us especially as we age!

Neural plasticity is so important. One of the incredible benefits to psilocybin.

I learned a lot about this in college, I had a research paper on psilocybe cubensis, which creates neurogenesis in the brain. Also relieving symptoms of anxiety and depression. Looking forward to these microdoses

After a month of microdosing, I can definitely feel a change in the way I am thinking and feeling! Great read!

looking forward to creating these connections once my package arrives :-)

This is an amazing way to describe the clarity im feeling!!!

I really feel like I connected with that and felt the it how great it reacts to your total focus, mental health and clarity!!!

This is completely factual. If you just started microdosing, be patient with this process it's not an overnight thing. I started noticing actual results about a month in but 100% worth it.

Honestly when I saw this I didn't really believe it until I actually tried my first microdose, it changed my life

Informative business to, you can tell they're all about informing their clients as well as supplying 'em ;)

This is so cool!

Been pairing this with meditation, one week down, forever to go.

Honestly so ecstatic to try!

Excited to see what benefits I can gain from micro dosing!

What research is this from?

Can't wait to unlock all the neuro pathways. Super excited.

I'm anticipating this micro dosing journey and building bridges along the way.

Very excited to see the effects of building and strengthening neural pathways.

can't wait to try it!

Ready for another article?

Which store would you like to continue shopping from?

Shop US
You must be 21 years of age or older to make a purchase from this website.
I understand.